As often as possible, go someplace you’ve never been before. Experience new places and new things. You might find yourself with someone or somewhere that makes you much happier than your previous circumstance. The Earth is so vast with unique and beautiful places, why wouldn’t you want to go explore them?

My annual “do something different” goal is coupled with another goal my wife and I have had for the past decade: to visit two new countries each year. We’ve blown that one out of the box, having traveled to more than sixty new countries during that time.

Today, with each country I visit, I learn something new and unexpected that changes my perceptions, challenges my biases, and adds to my worldview. In Japan, I learned about a culture steeped in respect for family and fellow citizens. In India, I discovered a people that were incredibly dedicated and industrious, but hampered by lack of infrastructure. In Morocco, I experienced a very peaceful and friendly side of Islam that runs counter to what many believe about it. In Tanzania, I saw firsthand the infrastructure, health, and social problems associated with hyper-growth. It’s not just me that gains from visiting other cultures. Many years ago, Howard Schultz was traveling around Europe and was drawn to the coffee shops. When he returned, he channeled all his energy into recreating his experiences there, and Starbucks was born.

Because I learn so much when I travel, I find it very scary how many folks in the U.S. haven’t been outside of the country (or perhaps have only traveled to Mexico and Canada). As a result, they have a worldview driven purely by news sound bites and by the biases of their friends with similarly narrow views.

I thank my parents for giving me the travel bug. In the early ‘70s, with two young kids, Dad quit a great job (perhaps it runs in the family?) and took our family to live in Peru—a military dictatorship at the time—to work for the Peace Corps. Eighteen months later, the Peace Corps was kicked out of the country for supposedly being a front for the CIA. When that happened, my father switched to working for the US State Department and we stayed for another six years (basically all of my high school years).

At the time, there were nearly 40,000 Americans in Peru. Most worked for the oil and mining companies, which gave them a significantly higher economic status than the families who worked for the Peace Corps. This was not the best situation for an impressionable kid, but it was humbling in hindsight.

Life in Peru was much different than life in the U.S. The military dictatorship was very careful about controlling the flow of information between Peru and the outside world. Technological limitations also made communication outside of Peru difficult. I remember waiting a month for Time magazine to arrive, and having to schedule phone calls back to the U.S. days in advance. Although there was a large and very good American School where we lived, going out in the evenings wasn’t something you did as a school kid.

While I didn’t always like living in Peru, my parents made sure I at least got a cultural education out of the experience. They took my sister and me, usually kicking and screaming, to countless museums and cultural events. I’m now thankful they did. We visited Machu Picchu a number of times. We took a month off one summer and drove our mustard Chevy Suburban south through Chile, across Argentina, and then north through Paraguay, Brazil, and Bolivia. We also visited Ecuador, Colombia, and Venezuela. We crossed rivers on railroad bridges, hoping a train wasn’t coming, drove in the rain over some incredibly narrow, unpaved roads carved into mountains (again, praying no one was coming), and were stopped by cops asking for immediate payment in cash for not having the “mandatory” fire extinguisher in our car. Those were crazy, scary days, but I miss them. 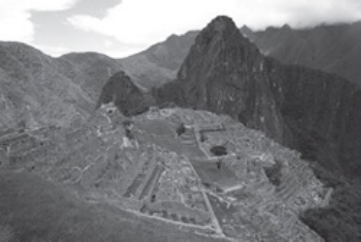 I understand there can be a significant financial barrier to traveling, but when possible, you should invest the time and money in seeing other parts of the world. The benefits are too great not to. If possible, go places that have very different cultures than your own, for that’s where you’ll learn the most. Material goods have a finite life. Experiences last—and have impact—forever.

When you visit, be sure to take the time to see life outside the tourist areas, in addition to the usual monuments and museums. My wife and I always ask for tours of regular neighborhoods and other non-touristy areas, and we will often spend a day giving back at orphanages or shelters. One Christmas we brought and handed out gifts at a women’s shelter in a dangerous part of Colon, Panama. The experience was both humbling and very meaningful, and will stick with us for the rest of our lives.