A Short History of Lean 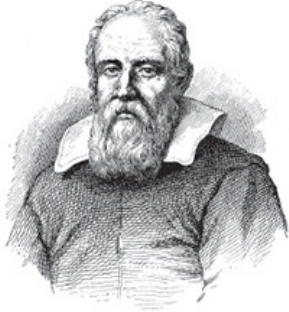 To many people, Lean manufacturing was invented in Japan and is synonymous with the Toyota Production System (TPS). They will tell you that TPS is the manufacturing philosophy that enabled Toyota to effectively conquer the global automobile market by reducing waste and improving quality. While that is true, it is not the whole story. Lean has far deeper roots and broader potential.

Fundamentally, Lean is about creating value and empowering people, not just eliminating waste. It was developed long before Toyota—long before the 20th century, in fact. Some trace the roots of Lean all the way back to the Venice Arsenal in the 1500s,when Venetian shipbuilders could roll complete galley ships off the production line every hour, a remarkable achievement enabled by several weeks of assembly time being sequenced into a continuous, standardized flow. (The genius that helped the military engineers at the Venice Arsenal was none other than Galileo himself— perhaps the first-ever Lean consultant!)

By 1760, the French were using standardized designs and the interchangeability of parts to facilitate repairs on the battlefield. Eli Whitney refined the concept to build 10,000 muskets for the U.S. government at previously unheard-of low prices. Militaries around the world fine-tuned continuous flow and standardized processes throughout the 1800’s. Over time, standardization slowly entered into commercial manufacturing.

In 1910, Henry Ford moved his nascent automobile manufacturing operations into Highland Park, Michigan, which is often called the “birthplace of Lean manufacturing.” Ford used continuous flow and standardized processes, coupled with inno- vative machining practices to enable highly consistent, repetitive assembly. Ford often cited the frugality of Benjamin Franklin as an influence on his own business practices—especially Franklin’s advice that avoiding unnecessary costs can be more profitable than increasing sales.

Ford was able to reduce core chassis assembly time from twelve hours to less than three. This reduced the cost of a vehicle to the point where it became affordable to the masses and created the demand that helped build Ford’s River Rouge plant, which became the world’s largest assembly operation with over 100,000 employees. In 1911, Sakichi Toyoda visited the United States and witnessed Ford’s Model T production line. He returned to Japan to apply what he saw on his company’s handloom weaving machines.

As Ford and Toyoda were streamlining their operations, others were making parallel improvements in the quality and human factors of manufacturing. In 1906, the Italian Vilfredo Pareto noticed that 80% of the wealth was in the hands of 20% of the population, a ratio he found could be applied to areas beyond economics. J.M. Juran took the Pareto Principle and turned it into a quality control tool that focused on finding and eliminating the most important defects. A few years later, Walter Shewhart invented the control chart, which allowed managers to monitor process variables. Shewhart went on to develop the Plan-DoStudy-Act improvement cycle, which Dr. W. Edwards Deming then altered to create the Plan-Do-Check-Act (PDCA) cycle still in use today

In the early years of twentieth century, efficiency expert Frank Gilbreth advanced the science of management by observing construction and factory workers. He and his wife, Lillian, started a consulting company to teach companies how to be more efficient by reducing human motion during assembly processes. Sakichi Toyoda, having already benefited from Henry Ford’s ideas, became an expert at reducing human-induced variability in his factories.

Then came World War II. At the beginning of the war, Consolidated Aircraft in San Diego was able to build one B-24 bomber per day. Ford’s Charles Sorensen thought he could improve that rate, and as a result of his efforts, a couple years later the Willow Run plant was able to complete one B-24 per hour.

With almost all of the traditional male factory workforce deployed overseas for the war, the human aspect of manufacturing moved front and center. Training Within Industry (TWI) was born as a method to rapidly and effectively train women to work in the wartime factories. After the war, TWI found its way to Japan even as it faded away in the U.S. (only recently has it returned).

The end of the war saw a divergence in philosophies between the two countries. In the U.S., Ford adopted the GM style of top-down, command-and-control management and effectively abandoned Lean manufacturing. Meanwhile in Japan, Toyota led the acceleration of the development and implementation of Lean methods. The company transitioned from a conglomerate that still included the original loom business to a company focused on the auto market. Taiichi Ohno was promoted to machine shop manager and under his watch, Toyota developed the elimination of waste, and creation of value, concepts. The human side of manufacturing was especially important to Ohno, who transferred increasing amounts of authority and control directly to workers on the shop floor

After being sent to Japan in 1946 and 1947 by the U.S. War Department to help study agriculture and nutrition, Dr. Deming returned to Japan in the early 1950s to give a series of lectures on statistical quality control, demonstrating that improving quality can reduce cost. Toyota embraced these concepts and embedded them into the Toyota Production System (TPS), leading to Toyota winning the Deming Prize for Quality in 1965. Over several years, Taichi Ohno and Shigeo Shingo continued to refine and improve TPS with the development of pull systems, kanban, and quick changeover methods.

By the early 1970s, the rest of the world was beginning to notice Japan’s success, and managers assembled for the first study missions to Japan to see TPS in action. Norman Bodek and Robert Hall published some of the first books in English describing aspects of TPS, and by the mid-1980s, several U.S. companies, notably Danaher, HON, and Jake Brake, were actively trying the “new” concepts.

The term “Lean” was first coined by John Krafcik in his MIT master’s thesis on Toyota, and then popularized by James Womack and Daniel Jones in the two books that would finally spread a wider knowledge of TPS: The Machine That Changed the World in 1990 (written with Daniel Roos) and Lean Thinking in 1996. Lean Thinking described the core attributes of Lean as:

Those books, as well as organizations such as the Association for Manufacturing Excellence (AME) and the Lean Enterprise Institute, drove a widespread acceptance of Lean as a path to productivity and profitability. By the year 2000, Lean methods were moving out of manufacturing and into office and administrative environments. The spread of Lean continues today, and currently, Lean healthcare, Lean government, Lean information technology (and Agile software development), and Lean construction are particularly popular.